Jurors described her performance as “beautiful and filled with subtlety and quirkiness.” 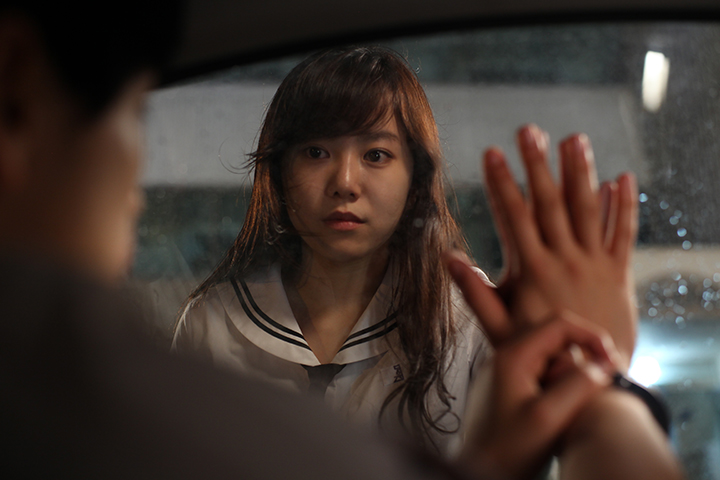 Kwak Ji-Min (pictured) has won the $1,000 Brian Linehan Actors Award for her work in 북쪽 바람 (and the sun) in the latest round of awards in the NSI Online Short Film Festival.

The jury had this to say about her work:

Recent winner of the A&E Short Filmmakers Award Aidan Shipley: “Ji-Min delivered a beautiful performance filled with subtlety and quirkiness [in] a role that could have easily been overshadowed.”

Kwak Ji-Min said, “Firstly, I was surprised at winning this award – thank you! I appreciate the support for Korean films and actors, and a special thank you to director Samuel Kiehoon Lee.” 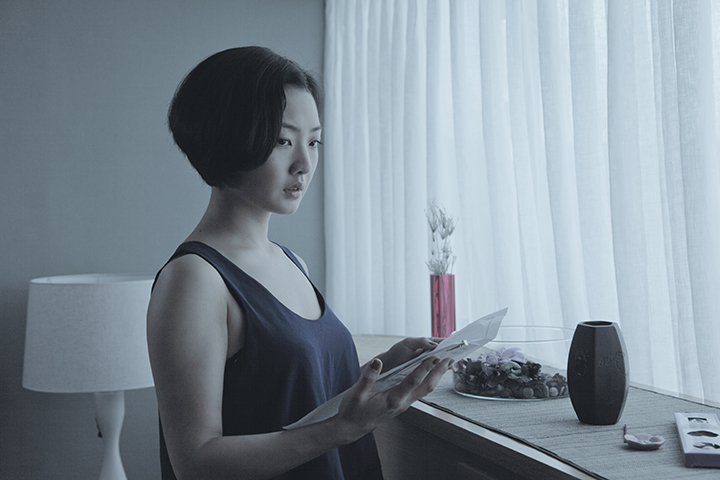 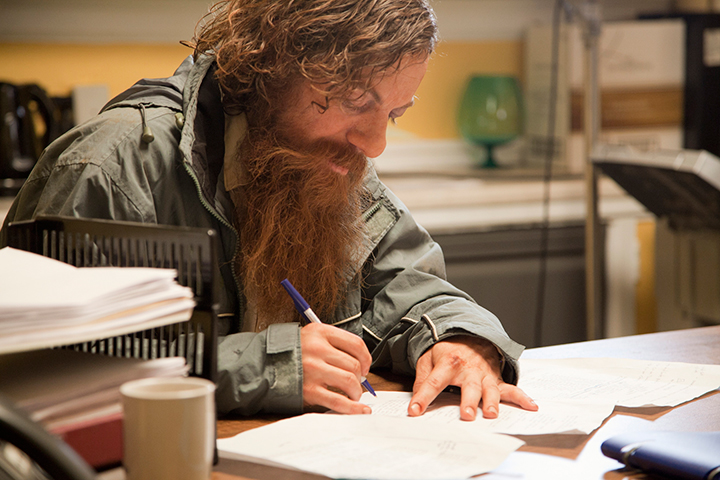 The Brian Linehan Charitable Foundation has announced an extension of its partnership with the National Screen Institute – Canada (NSI), which officially marks their 10th anniversary.

Since 2005, the Brian Linehan Charitable Foundation has been a program partner of the NSI Drama Prize and NSI Features First courses.

Last year, the Brian Linehan Actors Award was added to the quarterly prize offering in the NSI Online Short Film Festival. The $1,000 award recognizes lead actors in films programmed as part of the festival.

The Foundation’s investment also supports NSI’s other programs and website.

“What a milestone to share with the Foundation,” said John Gill, NSI CEO. “Across this last decade dozens of writers, directors and producers in NSI courses have benefited from Brian Linehan’s legacy and are becoming media stars in Canada.”

“Our connection with NSI has evolved each year to recognize the talent of amazing Canadian screen artists, including with the Foundation’s website, and the Brian Linehan Actors Award as part of the NSI Online Short Film Festival,” said Michael Levine, Foundation Director. “The Foundation has two goals: keep the legacy of entertainment journalist Brian Linehan alive and continue his quest for a star system in Canada.”

Born in Hamilton, Ontario, Brian’s lengthy interviews with such Hollywood icons as Barbra Streisand and Paul Newman made him even more celebrated when CityLights was syndicated around the world. After the series was cancelled in 1989 he hosted several award shows and network specials before returning to the small screen in 1996 with a self-titled interview show.

Diagnosed with non-Hodgkins lymphoma in 2002, he donated his personal files including 30 years’ worth of research material, correspondence, photographs and recordings to the Toronto International Film Festival Group’s reference library. Sadly, Brian passed away in 2004.

The Brian Linehan Charitable Foundation was established from the proceeds of the estate of the late Brian Linehan, one of Canada’s great journalists and on-air interviewers.

Brian left his entire estate for the purpose of creating a star system in Canada including training, providing work opportunities and promoting young Canadians of exceptional talent.

In 2012, a partnership between The Brian Linehan Charitable Foundation, NSI and TIFF (home of the Toronto International Film Festival) launched brianlinehan.ca, a place to rediscover some of the most popular and influential of Brian’s interviews, plus information about the Foundation.

NSI also offers exposure through the NSI Online Short Film Festival and provides vast resources and support to those in the film, television, and digital media industry at nsi-canada.ca.

Oliver won the $1,000 Brian Linehan Actors Award for his work in Bridges, in the NSI Online Short Film Festival. 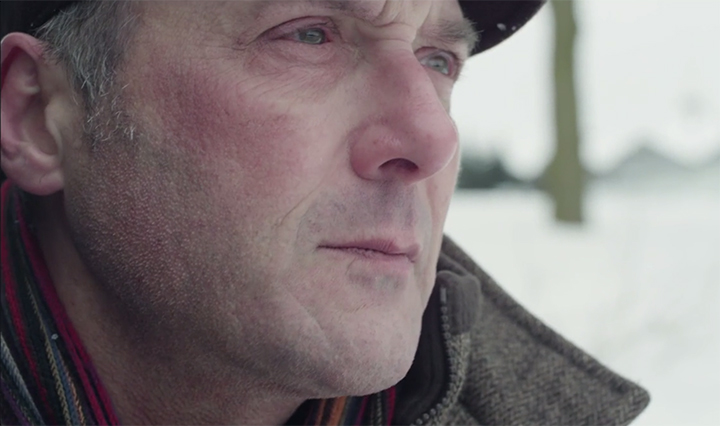 The NSI Online Short Film Festival jury had this to say about Oliver’s work:

Kire Paputts (award-winning filmmaker): “Mr. Becker brought great subtlety to a serious and delicate role that could have easily been played more over the top.”

Having always been a fan of Brian Linehan it is an honour and a joy to receive this award in his name and as part of the NSI Online Short Film Festival.

Heartfelt thanks to NSI and those who made this unexpected and pleasant surprise possible!

Audiences will recognize Oliver for his work in Rookie Blue, Reign, Republic of Doyle, Rent-a-Goalie, among other roles.

Patti Allan won the $1,000 Brian Linehan Actors Award for her work in Mimi and Me. 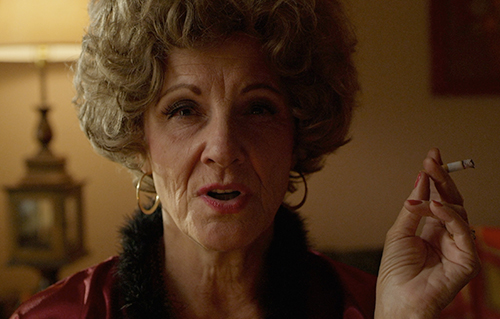 Patti Allan (above) won the $1,000 Brian Linehan Actors Award for her work in Mimi and Me, in the latest round of the NSI Online Short Film Festival.

Sonya Davidson, Channel Zero: “Patti Allan stood out as this unconventional character. Her performance is engaging, hilarious and, yet, believable as this foul-mouthed, chain-smoking grandmother.”

Karilynn Thompson, Calgary International Film Festival: “Patti Allan plays a very unique grandma with a gruff and well-acted lack of tact. You can just feel the years of cigarette stained fingers, poker and booze but, also shining though, a love for her granddaughter.”

Terry Miles, filmmaker: “Patti Allan stood out for her dynamic performance, moving from beat to beat and moment to moment with perfection.”

It’s so inspiring that NSI honours filmmaking in such an active and significant way. I’m so grateful for the opportunity to have been cast by our amazing director, Marly Reed, and am so very happy that her obvious talent, skill and storytelling have been recognized.

Actors can often feel isolated and insecure in our roles and this kind of acknowledgement is extremely uplifting. Thank you to Brian for his visionary desire to inspire and encourage people. What a truly amazing value and legacy to have left us very fortunate recipients.

Patti was also nominated for a Leo award for her work in this film. Audiences will recognize her for her work in Ramona and Beezus, Good Boy!, Dead Like Me and Cold Squad, among other roles.

Watch Mimi and Me

Mimi & Me from Marly Reed on Vimeo.